I’m condensing today and yesterday’s blogs into one, as we had a lot of hotel inspections yesterday.
So, yesterday morning we did a bit of a city tour of Montevideo! It’s quite an interesting city – from up high it looks like Bangkok crossed with Islamabad (yes, I have been watching Homeland), but scattered with beautiful OLD buildings. It has quite a gothic look to it, and lots of great opportunities for amazing photos. We made a few stops along the way – firstly the Montevideo sign, of course, then a market (mercado) where I got the second worst coffee ever; a second market (Mercado del Puerto), which caters to surrounding office buildings, as well as people having lunch at 5pm on Saturdays (I honestly don’t know how they live this lifestyle where they’re having dinner after 10pm, but I wouldn’t say no to a wee Siesta everyday) – My roomy and I picked up an empanada each here (apparently it’s the best spot for them), flavoured with mince, olives and raisins – they were just delicious! It would be a good place to go for meat too!

In the evening we decided to go and find some cool place to eat, and walked a few blocks along the esplanade until we reached a street with a car alarm or two going off – for some reason we decided this safe sounding street was for us, and stumbled upon a really funky restaurant called Bardot (after Brigette). The food was AMAZING, even though google Translate was telling us we were ordering frogs cheese, and there was a great band singing in Spanglish (though they were just warming up, so we mostly listened to covers of awesome songs, playing on the stereo.

For the first time since we got here, I actually got eight hours sleep in last night, so I was feeling GREAT today! We did a couple of site inspections of a couple of boutique hotels, which were amazing – a lot of them were full up though, due to the Uruguay v Argentina football match tonight.

In the afternoon we headed out to one of the oldest wineries in Uruguay – Juanico Winery, established 1830!! This placed used to supply 75% of Uruguay’s wine, but these days it is 25%. These wineries are truly amazing – I know we have some pretty nice ones in NZ, but they’re not 200 years old amazing! We had a beautiful lunch there, a tour around the winery, and I bought some red, white and olive oil to take home – so cheap compared to NZ!! 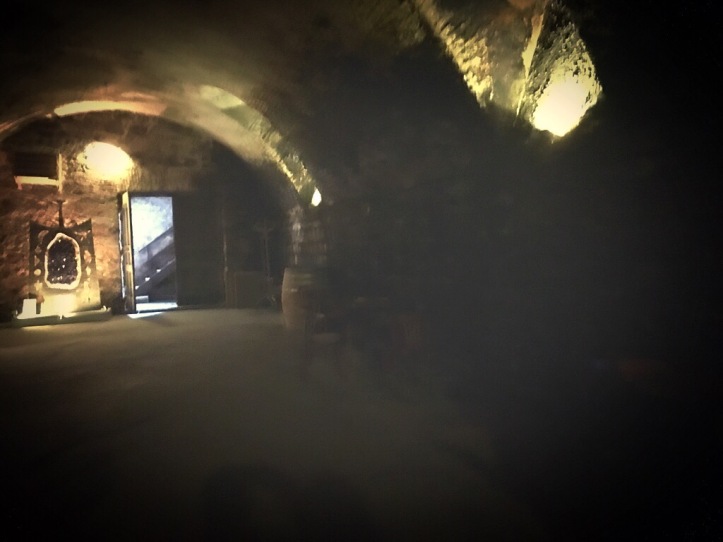 After the winery we headed back to Montevideo to catch our return Buquebus back to Buenos Aires. From Montevideo it is a 2.5hr ferry ride (which is the fast option), plus a two hour check in. Once we were finally on the ferry (which was pretty flash – they made us all wear booties over our shoes to protect the carpet… This was a really hot look) we settled with some bottle of wine. Unfortunately one of the girls’ bags swung and hit me in the face (she had some wine in there) and gave me a bleeding nose, which was just great! 😂 Once we got back to BA, we checked into our new hotel (Hilton Curio Group, which is great) and went off to get some food sorted (pizza).

So good to have a day out sans two year old. She spent the day with her Grandad and two uncles (7 and 14) and had the best time, and we had the best time wandering around laughing, talking, drinking and eating 👌🏼
Such fun today at the North Canterbury Wine and Food Festival! Faves this year for us were @the_bone_line Iridium, @thewinemakerswifenz Riesling and, always a classic, @pegasusbaywine Riesling - all of which came home with us 👌🏼👌🏼👌🏼
From the safety of Daddy’s arms. In other news, we both left the party with poop all over our pants (animal poop, not Jessie poop) 💩
🐻TWO YEARS OLD TODAY 🐻 Where on earth has that time gone. Jessie is becoming such a fun little person - she’s been a chatter since she could make noises, but her vocab has really ramped up lately and she tells me, if I tell her I want to change her happy, “I’m good”; and if she doesn’t want me interrupting her play time “goodbye”. She loves tomatoes, terrorising Simba (out of love), reading books, baby shark (help), and singing. She is the best 💛💛💛
Definitely my daughter #welovecarbs
My baby girl... you’re going to be two in just 12 days 😭😭😭😭