I woke up at 2am this morning to Jessie upset and wanting in our bed (I later discovered three molars and one eye tooth coming through, so that explains the last couple of weeks) – Craig whispered “happy birthday” to me as I settled Jessie in between us. Four hours or so later she was wide awake and not having a bar of wanting to go back to sleep – Craig offered me a sleep in, but I wanted to have breakfast as a family, so we got ready and headed over to the restaurant and ate together. The staff have clicked on to the fact that Jessie is extremely impatient when it comes to waiting for her food to arrive, and as such they are supplying her with daily oat cookies to keep her occupied… a relief for us.

After brekkie we had a couple of hours before I was due to head to the spa for my massage, and Jessie (Craig) was dying to give me my presents. First up, my special embossed book from Jessie, which she writes to me in for special occasions. She gave me a 7.5 this time, which is a half point down since Mothers Day, so looks like I need to up my game. Hidden away in the book were two tickets to Jonathan van Ness’ world tour… I’m so excited! I love love love JVN, and listen to his podcast religiously. I can’t wait.

Next up was a gift from my Mum, which is very naughty, as she’d already taken me shopping for some beautiful mugs, and it was a stunning necklace – exactly my style (probably because she is my style inspiration a lot of the time). 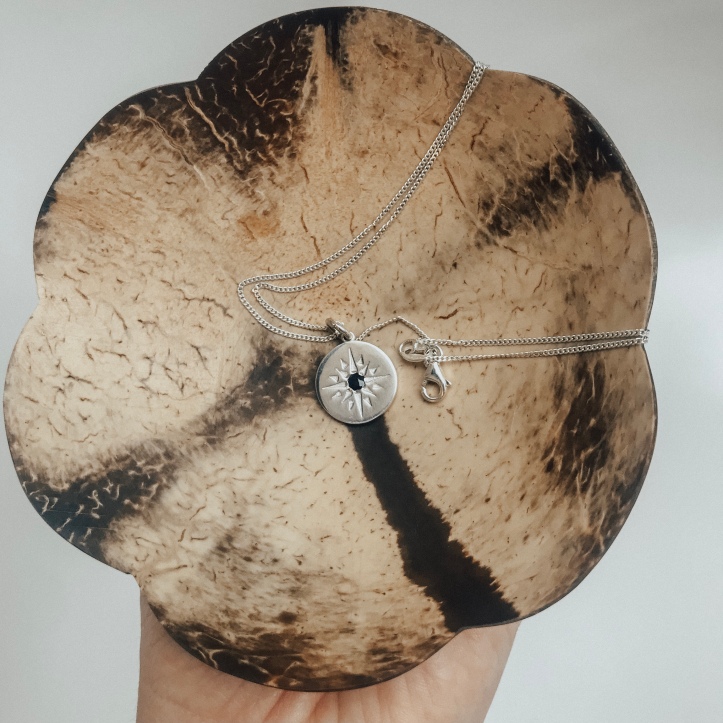 Lastly, the Peacock Sky Malbec, which I mentioned I would write about in my Instagram story. Craig bought me this bottle of wine for my 24th birthday, when he was at a vineyard on Waiheke Island – it was one of just a 100 bottles produced, which needed to age for six years before being opened, so he gave me the bottle on my birthday and said “we will open this on your 30th”, and then we popped it away in the back of our wardrobe to do it’s thing. Knowing the conditions were not perfect, we weren’t sure how it would turn out, and we’ve been excited to find out. We had a dinner planned for tonight, and decided to open it then.

After present time, I headed off across the road to Soham Spa – I think it is owned by the villas, and is a full wellness centre. The receptionist asked what type of massage I wanted, and looked decidedly dubious when I said I would like the Thai massage. She warned me that I wouldn’t be able to sleep during a Thai massage (do people often aim to sleep during their massages? I never have personally), and that they would be swinging me around… I said that is fine, and what I am after – I always go for Thai massages. I half wondered if she was trying to put me off because there is a discount for the Thai massage via the villas for the month of August. However, she let me proceed and it was a fantastic massage – probably the best I’ve had… nice and firm, but not to the point where I have to hold my breath to tolerate it, which has been the case a few times. I love the back cracking, and the feet and elbows being used. It was great for my poor lower back which is cracking under the near constant weight of a toddler on my left hip.

After a spot of lunch, and a little girl’s nap time, we decided to walk Seminyak in the hope of finding something somewhat resembling Bunny… no such luck, but we picked up a few things from the supermarket. I always love visiting the produce department in other countries’ supermarkets. Craig got some of his favourite fruit – mangosteens. Surprisingly, they were the most expensive part of the bill, other than milk.

Knowing that villa staff needed time to set up for our dinner, we headed to a cafe across the road before going back to our room. A really cute place called Coffee Cartel, which I’d been eying up since we arrived. We thought we’d order something for Jessie’s dinner, seeing as we’d be eating separately, but she didn’t get to eat it as the cafe staff took such a shine to her that she spent the whole time being carried around, fed Oreos, and encouraged to walk, while we enjoyed our chai lattes (which were cleverly printed on – one a happy birthday one for me, and one a photo of Jessie). We left with a whole container of Oreos that they decided to gift Jessie, seeing as she loved them so much. 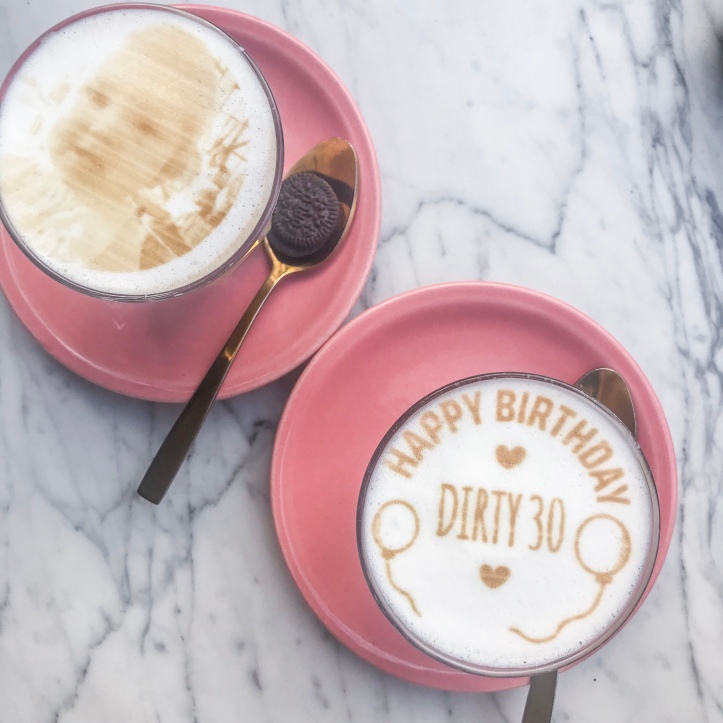 We arrived back at the villa to the team setting everything up, and it was looking amazing! All we needed to do was get ready, and put Jessie to bed before they arrived back to serve us. Everything was going magically, Craig had opened the wine, and thankfully it was delicious… a really special way to end my birthday, until we finished the starter and Jessie started hysterically crying from her cot. Craig went in to calm her down, but she wasn’t having a bar of it. Our mains arrived and she was still crying her wee eyes out. Eventually he managed to lay her down on our bed, surrounded by pillows, and managed to eat his main before dessert arrived. We’d told the wait staff to be quiet coming in, with Jessie sleeping, and when they brought dessert in, they also brought a birthday cake and all sung happy birthday to me in hushed tones before taking a photo for Facebook and having me sign a waiver 😂 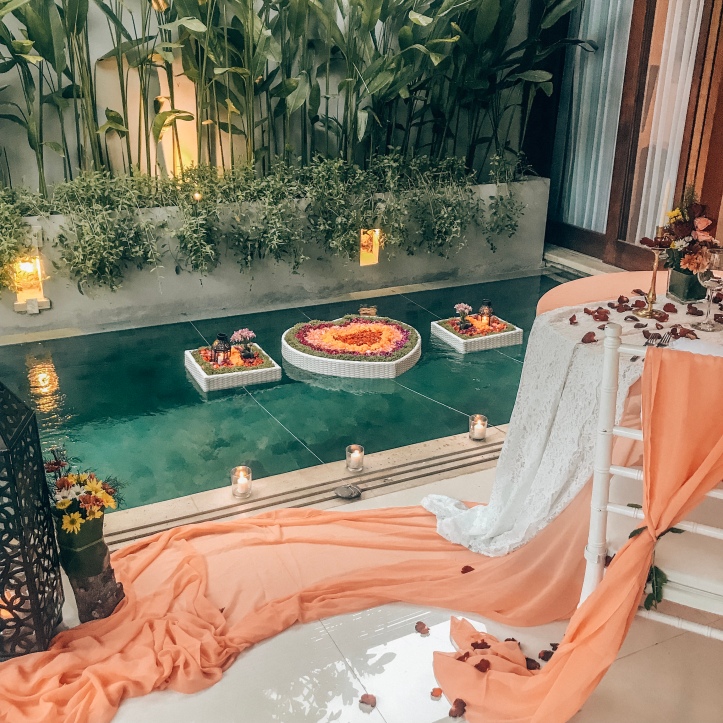 Unfortunately, as we attempted to clear some things away, so as to be able to shut the doors next to the pool, to avoid having gecko friends join us in the night, a candle was smashed and we had to get staff to come and sweep it up for us, after unsuccessfully trying to pick it up ourselves. They then shut the doors for us, which creaked loudly and caused yet another shriek from Jessie… thankfully she calmed down again quickly. It was all a bit of a comedy of errors, but a memorable and beautiful way to finish up my birthday… such a special time spent with our wee family, I feel very lucky.

Tomorrow’s mission is to head into Kuta to see if we can get ourselves some cool prescription glasses. See you in Kuta!

My baby girl... you’re going to be two in just 12 days 😭😭😭😭
Hot Tub in the City...
My little trike, or Poppa’s big boy bike... 🤔 can’t decide
This my baby brother. We went to celebrate his exams being over for the year at... you guessed it... @thewelderchch - HAD to introduce him to @grizzlybakedgoods pain au chocolat 🤤 🤤
It’s very pretty, and it was nice (albeit very rich)... I sadly couldn’t taste the caramilk though, which was the whole point of it. A little on the pricey side too - two of these, a cookie and a fluffy... $30! I won’t tag them, but this was at C1 Espresso
Like beautiful, delicious, little Christmas trees